It turns out the Drone market isn’t quite as easy to get into as some companies think – even the big guys like GoPro.     Turns out GoPro  is saying about 2,500 Karma’s simply lost power while in flight. 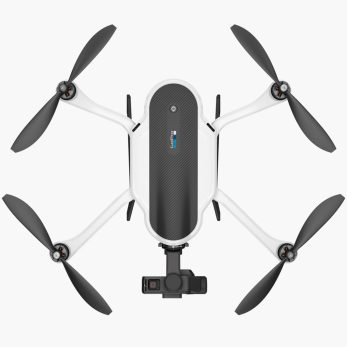 GoPro has had a tough go as of late, trying to stay relevant, lauching a TON of products this year – and their stock jumped as high as 16.79 earlier this year and has now dumped it’s way down to 10.14 in after hours trading last night on the new of the Karma problems.   A stock price we have not seen since June.

Details here on the recall.

The bottom line – take it back where you got it – all of it, GoPro and Grip as well even though those are not a problem – you got a bundle so it all has to go back.

There is no replacement – it is a full on recall with refund – if/when they fix it, they will just start selling it again.

I’ll admit, I purchased a GoPro Hero 3 Black a few years ago, and while the video performance is stellar, the batteries have been total garbage, and some tell me “Oh the 4 they fixed it”  but I still hear of issues on the GoPro 4.

Part of why I have not purchased another GoPro is because of the problems I have had – I even considered a Karma because I wanted the new GoPro, plus I wanted the Grip.   That being said DJI Osmo Mobile is probably in my future.

If DJI comes out with an action cam – GoPro is finished.